The May basho at Ryogoku Kokugikan ended yesterday with a clash between two profoundly talented rikishi. One was Asashoryu, who has been the sole Yokozuna – grand champion – of the sport since Takanohana retired in 2003. The other was Hakuho, who held an Ozeki rank (one rank below Yokozuna) and defeated Asashoryu to win his second Emperor’s Cup in a row. (The match was truly one for the ages – very much worth the ninety seconds it will take you to watch it.)

The criteria to be promoted to Yokozuna aren’t exact, but it is generally accepted that winning two tournaments in a row as an Ozeki is sufficient for promotion. So unless the Japan Sumo Association does something very expected – shrugging off the recommendation of the Yokozuna Deliberation Council – Hakuho will be named Yokozuna, and sumo will have two Mongolian Yokozuna. 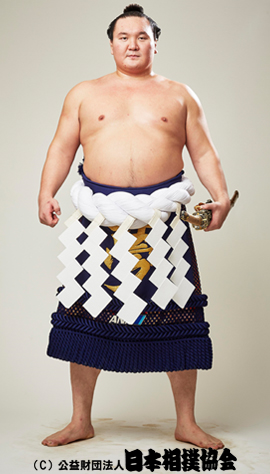 This is very, very good news for sumo fans. There’s been a stunning degree of predictability to sumo since late 2003, when Asashoryu became Yokozuna – he won five of six tournaments in 2004, all six in 2005, and went 4-2 in 2006 – he was forced to withdraw from one of the 2006 bashos with an elbow injury. Basically, there were three years where you could expect Asa to win every match he fought, where his few losses were worth watching closely to see what had happened.

Some of Asa’s dominance comes from the fact that he’s an utterly remarkable wrestler. He’s quite light for a rikishi – about 148kg – and wins his matches with a combination of speed, technique and strength. For those of us who watched huge wreslers like Akebono dominate sumo through their sheer size (Akebono’s fighting weight orbited around 235kg), Asa has been a revelation to watch, tangible evidence that sumo is an art form, not overweight men running into each other. But Asashoryu has also looked good because so many of the Ozeki have looked really, really bad – Kaio and Chiyotaikai in particular have probably held their rank too long, and Bulgarian rikishi Kotooshu has dissapointed since being promoted in January 2006.

My hope is that Hakuho, five years younger than Asashoryu, roughly the same mass, and still polishing his technique, will threaten Asa in many basho to come, giving fans a possible rivalry to follow. But sports rivalries aren’t just about great athletes – they’re about great storylines, and it’s unclear what storyline will prevail in the Japanese media.

Asashoryu isn’t very popular in Japan, to put it bluntly. He’s viewed as an anti-traditionalist: he’s been known to show emotion on the dohyo when winning matches, occasionally displaying a minor fist-pump; he pulled the hair of Kyokushuzan in the July 2003 tournament leading to his disqualification; he has been photographed wearing a suit (yes, this is considered a major transgression for rikishi). Asa’s strong Mongolian identity has helped cement the ire of some Japanese fans – some foreign rikishi have become figures in Japanese popular culture, becoming sumo commentators or entertainers. Asa has refused Japanese citizenship and caused something of a scandal when he chose to get married in Mongolia rather than in Japan. (This argument centered on the obligations a rikishi has to his oyakata – the “stablemaster” of a sumo training stable. Traditionally, the rikishi gives 60% of all earnings to the oyakata… and those earnings include wedding gifts. Asa’s oyakata demanded his share of Asa’s wedding gifts, despite the fact that the wedding was held in Mongolia, leading to an apparent confontation between the wrestler and his management.)

If you believe the Japanese press, Asashoryu is a rude, abusive drunk with no respect for sumo’s tradition. More to the point, you’d be led to believe he’s a cheat. One set of accusers claim that Asa has been paying opponents $6,500 a match to let him win bouts. Another set claim that Asa has been paid $25,000 by Hakuho to throw matches and let him become Yokozuna. A flurry of defamation suits have been filed against Shukan Gendai, a controversial Japanese weekly which has published the majority of these accusations.

The problem with sumo, of course, is that there can be a note of truth to these stories. Steven Levitt and Mark Duggan published an extraordinary paper with an econometric analysis of the final matches of sumo tournaments – they found evidence that wrestlers with losing records lost far more often than you would expect in their final matches against opponents who are “on the bubble” – i.e., with 7-7 records. This wouldn’t suggest that Asashoryu – who’s basically never had a losing record – would throw matches to Hakuho, but it opens the specter of match-fixing in a sport where there’s always a backstory to the action in the dohyo.

(My favorite, completely non-confirmable and wholly undocumented backstage story: According to one of the rowdy, unreputable sumo sites I read, Asashoryu attended the celebration of Hakuho’s wedding in Mongolia and promised the crowd that he would give Hakuho an unusual wedding gift: a GAZ-69 jeep. While these former Soviet-army vehicles are quite popular in rural Mongolia, it’s likely that Hakuho already has a much nicer car, leading to speculation that this was code for Asashoryu “giving” Hakuho the title as the 69th Yokozuna. Since Asa came into the final match yesterday at 10-4, with Hakuho at 14-0, there was no need for a “gift”… but sumo fans will speculate that Asa might have thrown the playoff match in the previous tournament, which gave the victory to Hakuho…)

Hakuho seems to have a great deal more support in Japan that Asashoryu. His backstory may help out – he was so small (62kg) when he first came to Japan that no sumo stable would accept him. Kyokushuzan, a widely-respected and pioneering Mongolia rikishi, intervened and found a place for him in his stable, coaching him through some of his early matches. Unlike Asa, he got married in Japan, and has made it clear that he wants to be “a yokozuna that everyone loves.”

Good luck with that. The Yokozuna many Japanese fans want to love is a Japanese-born rikishi. But given the poor quality of Japanese wrestlers, and the increasing dominance of the foreign born, it’s likely that Japanese fans may need to settle for a more loveable Mongolian, at least for a few years to come.

Bonus links: Banzuke.com has video footage of the first 14 days of the May basho – I’m anxiously awaiting the 15th day, so I can see the match between Asa and Hakuho. I recommend Hakuho’s defeat of Kotooshu on day 12 as a useful introduction to his skills. (Hakuho’s on the left – the Bulgarian is the tall guy on the right.) While you’re at it, watch my main man Ama bully the big Bulgarian on day 10…

Bruce Wallace with the LA Times has the definitive Asashoryu profile, as far as I’m concerned.