Home » Blog » Africa » The mines of Ilakaka, and reporting from the edge of the world

The mines of Ilakaka, and reporting from the edge of the world

Polymeme, my favorite source for news that’s not all Palin, all the time, led me to a fascinating set of photos this morning. They’re from Ilakaka, Madagascar, a town that’s grown from little more than a truck stop into a wild west mining town in about a decade. Ilakaka is currently the source of roughly 50% of the world’s sapphire, and it’s a fascinating case study in what happens when something very valuable can be pulled out of the ground without much capital investment – you get a gold rush. 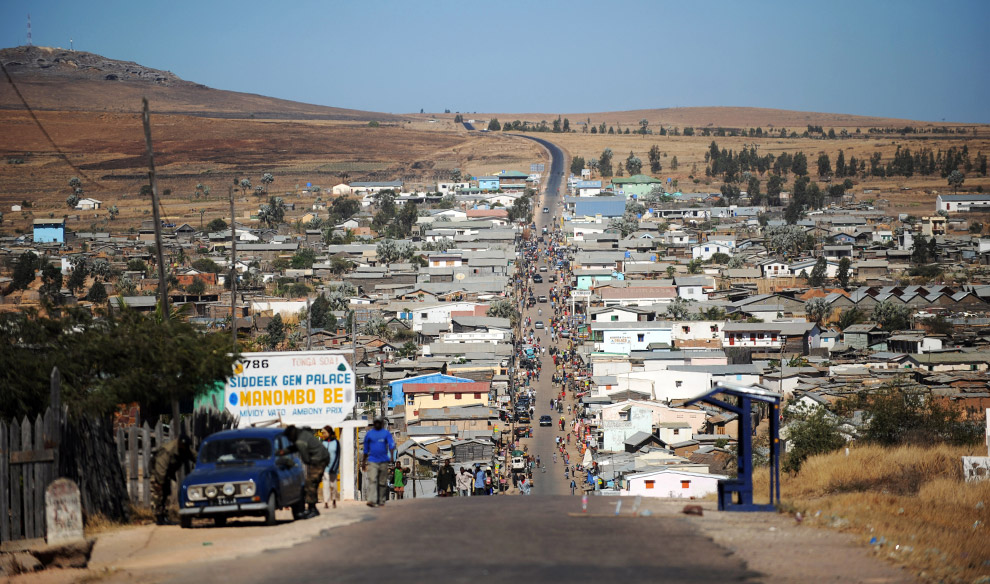 What I appreciated about the Globe story – and, as it turns out, several other stories I found on Ilakaka, is that most of the authors avoided, “this is terrible, something must be done” narrative that characterises so much northern reporting about Africa. Ilakaka is clearly a tough place – Jonny Hogg writing for the BBC focuses his narrative primarily on the dangers of the town – but Schmidt’s photos are much less predetermined. He’s got shots of kids working the mines, which are hard to see, but also shots of kids playing, a reminder that mining in these towns is likely far more lucrative than other forms of employment in Madagascar, which helps explain why families are drawn to Ilakaka. I appreciate the ambiguity of the photos and of the frame Alan Taylor puts them in for the Globe.

And then there are the gem blogs. Having almost no interest in precious stones, I hadn’t realized that there were gem bloggers. The answer may be that there’s Vincent Pardieu and people who travel with him. Pardieu and Richard Wise offer a thorough sapphire and ruby tour of Madagascar, touring the forest ruby camp of Moramang as well as the desert around Ilakaka. Richard Hughes, with Pardieu and Dana Schorr, offers the excellent “Sorcerors & Sapphires“, a comprehensive look at corundum in Madagascar.

My favorite observation in this latter piece is the observation that it makes perfect geological sense that Madagascar is blessed with sapphires and rubies. So are Tanzania, Sri Lanka and parts of southern India. And if we go far enough back in geologic time, these countries are close neighbors. (Looking at this map, I’m tempted to research the possibility of gem mining on the Indian Ocean coast of Antartica.)

Perdieu also has an excellent solo article on gems in Madagascar complete with videos of mining sites and photo sets. In all three articles, there’s a good sense of humor about the difficult travel and living conditions associated with these mines – I take this as a reflection on the fact that most mining towns aren’t easy places to work, and that while Ilakaka may be a tough place, it’s got more than a little in common with northeastern Burma or parts of Afghanistan.

How do we get stories from places like Ilakaka, remote locations in Africa with no permanent press presence? Historically, we’d have to wait for something bad to happen – a mining disaster, an outbreak of disease. I see the photos in the Globe as evidence of what might be a healthier form of storytelling – a picture of a place that’s fascinating, whether or not it’s especially “newsworthy” today. The gembloggers are an interesting complement to this sort of reporting. In some corners of the world, the majority of citizen media comes not from locals, but from missionaries and aid workers living and working in these communities. Some, like Sleepless in Sudan, become important spokespeople for these communities.

The hope, of course, is that we start getting reports and perspectives from people who live and work in these communities. Our friends at FOKO Club are working with Rising Voices to help Malagasy youth report on their communities via blogs. I don’t know if it’s realistic for FOKO to work in Ilakaka, but it’s pretty exciting to think about the possibility.

5 thoughts on “The mines of Ilakaka, and reporting from the edge of the world”